What a strange thing to do

I remember as a young kid seeing cross-legged monks in meditation on the pages of National Geographic, fascinated by the strangeness of it. I couldn’t compare it to anything in my life. It seemed peculiar because of the robes, painted temples and the shaved heads, but it was most mysterious because meditation is an invisible practice of some sort, a deliberate task done in the secret realm of the mind while the body sits waiting. I would often wonder about what sort of existence it must be, within the heads of those monks.  Who could have guessed that years later meditation would be everywhere around us. It’s recommended by doctors, governments, the tech sector, Oprah, and so on. Isn’t it interesting that in our distracted world in which productivity is often treated as the highest ideal, that sitting still and doing nothing is coming in vogue? Meditation is starting to show up in schools and offices, always under the banner of improving well-being. But what does it do exactly? Does it relax us? Boost our productivity? Bring us enlightenment? Make us more moral or wiser? Docile? A space cadet? Does it open our hearts (in some metaphysical or metaphorical way)?  It’s been packaged with all those promises and a lot more. There are meditation techniques being marketed as cures to everything from cancer to baldness. So not only is meditation a mysterious invisible activity, we can’t seem to agree what it does. I am not a meditation expert by any stretch and my only claim in this field is that I’ve been trying to figure it out for the better part of a decade.

What’s laid out is my clearest summation of my understanding of what meditation is, and what our scientists are saying about what it can do, particularly as that relates to psychological well-being. Specifically, what are meditators doing when they’re sitting there, what do meditative traditions say about the effects of meditation, and what has our best science confirmed (or not). Though there is a religious component to meditation in most traditions, I’m going to side-step this aspect of it, however important it might be, to focus on just the physical practice.

Meditation is ancient, linked most strongly with Buddhism and Hinduism, and is varied in how it’s practiced. For example, some methods instruct practitioners to concentrate their attention on the sensation of breathing, or upon a string of nonsensical syllables (a “mantra”), or on certain mental imagery, or an intention, etc. Variations are many and each style of meditation is usually called by a different and very exotic sounding name: vipassana, metta, zazen, and trataka are a few of the more popular.  It is no wonder that confusion can arise in regard to what exactly meditation is, or for someone to even be sceptical that it is anything beyond foreign hype. Yet there’s a common thread between nearly all types of meditation: one focuses one’s attention on something, for an extended period of time. The invisible process, in other words, is continually placing one’s attention upon a thing while working to notice, more and more, the wandering mind, and to bring it back.  This focus is the core element of almost every meditation I’ve come across, and certainly the vast majority of the most practiced types.

This focus might seem unremarkable until you compare it with the mind’s inflexible default: endlessly swirling with thoughts, sensations, and feelings. The longer one practices meditation, the more that they discover the mind’s nature to be perpetually busy, distracted, and automatic. The nervous system, being always active, always provides content that captures or animates the mind. Indeed, the mind is often compared to a waterfall by Buddhists and other experienced meditators. By training the mind, over hours, months, years, and decades, the mind comes to resemble more a lake and less a waterfall. In this way, it’s claimed that the character of the mind transforms. Or this is the claim for many, perhaps most styles of meditation.

It’s true that meditation has been marketed as a sort of ‘life hack’ for all sorts of things that our society deems worthwhile: fostering self-esteem, self-discipline and mental well-being, lowering cortisol and blood pressure, improving sleep, releasing stress or chronic pain, deepening relationships, and so on—the list of alleged benefits is long! The idea seems to be that we can meditate away our neurosis and even medical troubles.  A claim like this is all the more surprising considering that meditation was designed for none of that, really. It is an activity that evolved embedded within some eastern religious traditions, and is intended for ‘awakening’ or ‘enlightenment’.

What “enlightenment” means in the east is very complicated, but it does tend to have many positive connotations.  Words like ‘bliss’, ‘cosmic consciousness’, ‘insight’, ‘ecstasy’, ‘wisdom’, ‘compassion’, and ‘love’ are often part of the description, in most of the literature. Current monks and other truly dedicated meditators (Pema Chodin, the Dalai Lama, Deepak Chopra, are among the most famous) often use the same  sort of words to describe the states of mind they achieve. Even most people who begin a modest meditation practice begin to report more patience, greater ability to listen, and a sense of being grounded fairly quickly. However, there are other aspects to enlightenment that aren’t as straightforwardly desirable. Buddhist thought, for example, associates enlightenment with the realization that there is no self and that reality is mostly illusion (Choong,1999). What this means, exactly, is something that would be better explained by a Buddhist scholar rather than me, but this type of realization is not always wanted. Said more generally, not all the possible psychological transformations that meditation brings are desirable to everybody. Not everybody wants to wrestle with metaphysical paradox, or to have the sort of transforming experiences that leads to the ashram or the temple or some other equally unforeseen trajectory. It’s also the case that sometimes (but rarely), meditation apparently triggers deeply disturbing reactions in some people (Rocha, 2014).

To (playfully) describe meditation like you might read it on the label on a bottle of pills: Do not combine with food or alcohol. Effects range from pleasant to eurphic with a moderate temperance in emotional reactivity.. Long-term use leads to chronic equanimity with brief episodes of silent joy, epiphanies, and spiritual experiences.  Adverse effects: In rare cases, individual with cognitive digestive problems may face metaphysical constipation and/or spiritual bloat. Contact a mental health professional in case of emergency.

Sometimes people come to meditation to “fix” their anxiety, or “stress”, or for more serious problems, like depression. Though meditation might sometimes lead to worthy transformation, it’s not psychotherapy. Psychotherapy is deliberately corrective in a way that meditation is not. To use a crude analogy: in psychotherapy, you’re fishing for the neurosis; in meditation you’re looking into the depths of whatever patch of water you happen to be in at the moment. If you’re meditating to fix something in you, you’re not meditating; you’re practicing a form of self-attempted psychotherapy. And it might work. There are many, many anecdotal stories of meditation leading to spontaneous psychological healing in unsuspecting meditators. Meditators sometimes report is the vivid reliving of long-forgotten traumas, or just sinking into a terrible mental state for a period (hours, days, weeks). After these unpleasant episodes there is (usually) a permanent reduction in anxiety, depression, and/or greater appreciation or love. Tibetan Buddhist monk Pema Chodron talks about this very vividly. Spontaneous healing, though not totally uncommon, doesn’t happen to everybody, of course. Also, the process sometimes leads to less stability rather than more. Eastern traditions typically insist upon a guru to guide students through tough patches.

Aside from anecdotal stories, however plentiful they are, no real data exists yet demonstrating that meditation by itself reliably cures anxiety, depression, or any psychopathology. However, studies do exist showing that certain styles of psychotherapy in conjunction with meditation can be helpful.

For example, meditation (called “mindfulness” in this context) has been found useful in conjunction with certain cognitive therapies in reducing relapse in patients treated for depression (Reichenberg & Seligman, 2016). Dialectic behavioural therapy (DBT) is a similar type of therapy, incorporating meditative training, and has been shown to be useful in treating particularly difficult and chronic conditions, such as borderline personality disorder, though the effects are quite moderate (Kliem, Kröger & Kossfelder, 2010).

There are other areas at which meditation and psychotherapy cross paths, but the two above are among the best researched.  It is worth noting that in both, meditation is accompanied by therapy to produce alleviation. Meditation by itself has not yet been shown useful (or otherwise) in treating clinically significant psychological distress, and not all psychological distresses are relieved by meditation-infused psychotherapy.

Bottom line: people trying to cure a psychological problem with meditation may or may not have any luck. Healing, if it happens, is not always pleasant. Though no scientific data exists that gives us any idea how reliably meditation ‘cures’ people of this or that psychological problem, meditation has been shown useful in conjunction with certain styles of psychotherapy.

On one hand we can heal our trauma, and on the other hand we can improve upon our well-being. This can mean anything from increasing patience, gratitude, happiness, or other desirable modes of being, or caring behaviours, etc. Good news! Clinical experiments have shown that meditation, even in small measures, can positively impact people’s psychological states in consistent ways.

As encouraging as these results are, it’s worth pointing out that these are quite temporary. Caffeine, for example, might increase your working memory for a couple of hours, but it does not improve your baseline intelligence. Likewise, once the participants stop meditating, the benefits quickly evaporates. These benefits also tend to be somewhat fragile—the calm is not sturdy in the face of real challenge. Producing more permanent and significant changes—actual changes in one’s psychological character and brain structure, as opposed to mood—requires a lot of meditation, but is possible.

Meditators who have spent 5000+ hours in meditation tend to begin seeing these permanent changes in greater well-being (Goleman & Davidson, 2017). For reference, if you were to meditate an hour today, and an hour tomorrow, and so on every day for the next 13 years, you would almost reach 5000 hours of meditation. At this expert level of meditation, practitioners tend to report greater well-being, and there are physiological and anatomical changes that occur. This level of commitment changes one’s EEG measurements. Long-term meditators experience extended periods of ‘gamma wave’ brain activity (even when not meditating), which is associated with inspiration, or that feeling of epiphany (Goleman & Davidson). Similarly, long time meditators tend to have greater cortical thickness and other structural changes in the brain associated with health, compared to non-meditators (Vestergaard-Poulsen et al., 2009).

As I reread the paragraphs above, I’m self-conscious that maybe I’ve urged too much caution in regard to meditation. Hopefully I haven’t.

Scientists have just turned their attention to meditation recently (especially in the last decade), and the results of most studies seem to be quite promising, not to mention the self-reports of countless monks and other meditators, indicating that meditation can serve an important purpose in life. There are also the philosophies and religions that connect to meditation, the rituals and literature of which praises or even glorifies meditation and what it can do. For all these reasons, I think it is reasonable for curious people to explore meditation. 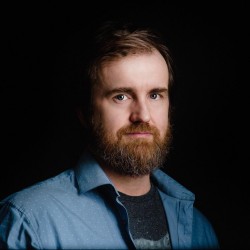 Chris Moule
Chris Moule is a student of psychology with plans to become a registered psychologist within the next 5 years. His interest is in different maps of what the mind/body is, and how such maps might relate to the resolution of trauma