This is a two-part video series on suicide. The first video outlines some of the common misconceptions or areas of confusion, such as the conception of suicide as an event caused by a biologized depression, as opposed to a deeply personal act. I then suggest two very general (though noninclusive) pathways to suicidal contemplation: as an escape from some intractable emotional or psychological pain/suffering, and/or, as a response to a perceived lack of meaning in one’s life.

The second video explores how the above understanding might guide intervention and/or prevention, including taking a hard look at the role played by attitudes and assumptions within our cultures and communities. I give some of my own opinions on what might be wrong with mainstream approaches to dealing with the problem of suicide, and use the above framework to point toward sensible ways of engaging someone who is feeling suicidal. By the end, viewers should have a very basic sense of how they might assess suicide risk, and learn how to feel more comfortable with these all too important conversations.

Do you have anything to add or contribute to the conversation about suicide? Add your thoughts below. Here are some questions to stimulate discussion: 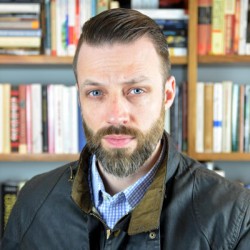